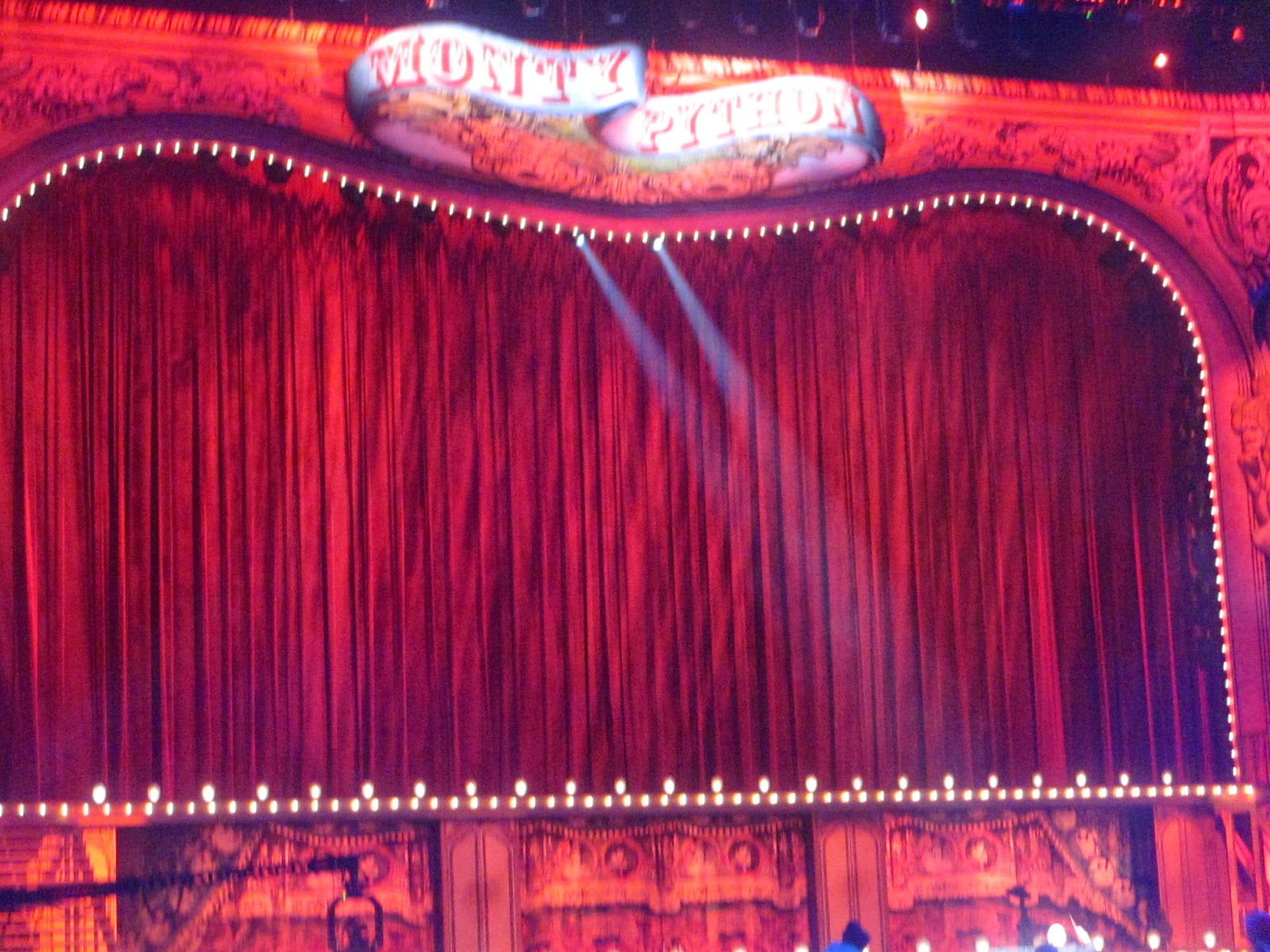 ONE DOWN AND FIVE TO GO is how the Monty Pythons refer to themselves after the of death of the sixth python, Graham Chapman. 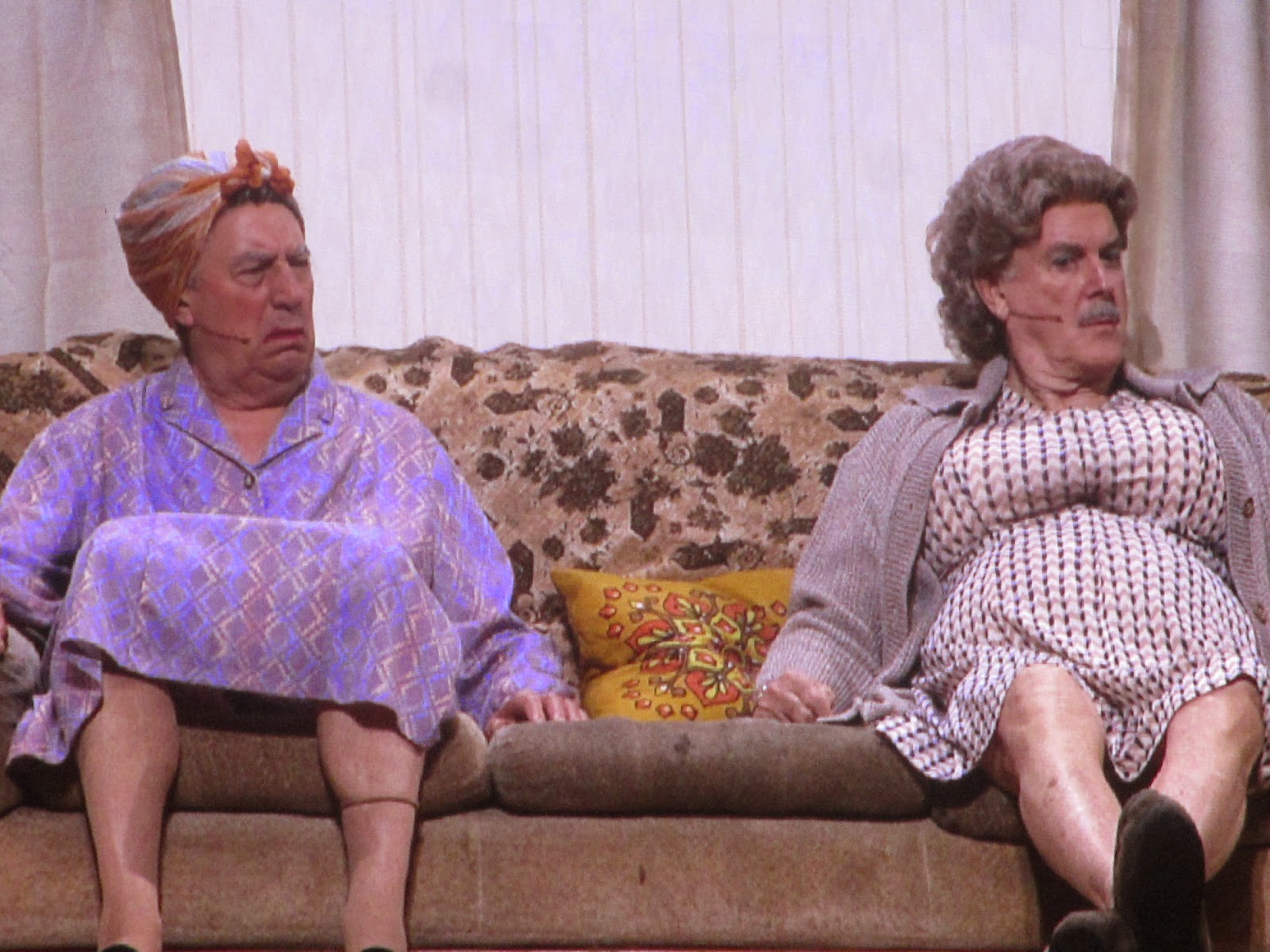 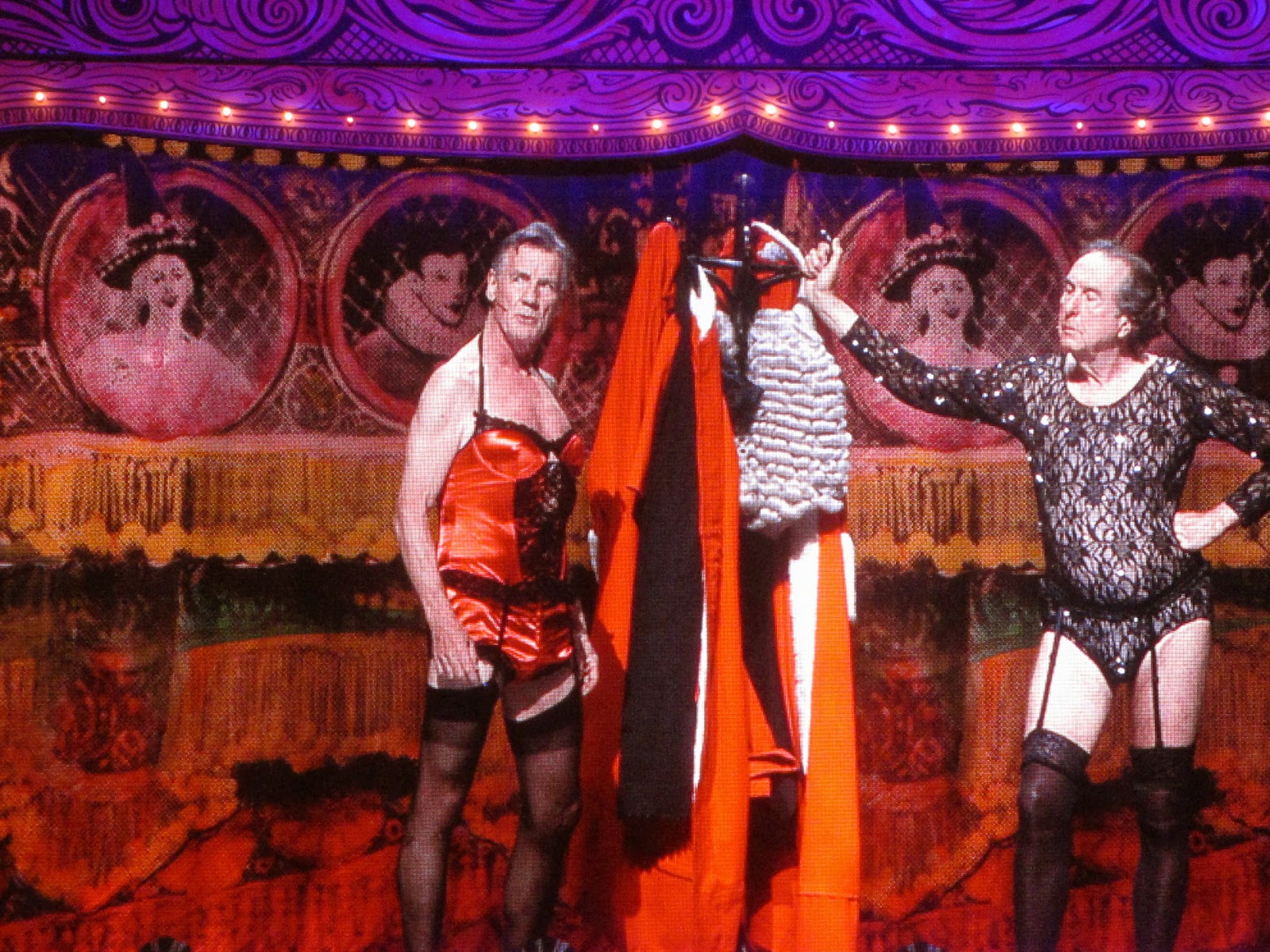 The last Monty Python show ever was at the 02 Arena on July 20, 2014, which was also broadcast live on the telly worldwide..  Although the reviews were mixed and probably correct, by and large the crowd loved it. Crude, Rude, Intelligently cheesy and exceedingly fun, but that is what Monty Python is all about, funny.  The show(s) was really a retrospective of their body of work. Whereas years ago I might have rolled on the floor in gales of laughter, this time around many of my ruckus laughs were replaced with the soft glow of a smile, and reminders of past. For me, it was a delightful smash, and why?

Monty Python is an institution; our everyman’s adolescence. And I was there for the last night.  I felt the verve of the crowd, and their love for these five left over funny men for whom straight-laced sanity has no place.  They are funny, they are gross and they are 'the nasty little boy behind the barn’ in all of us. 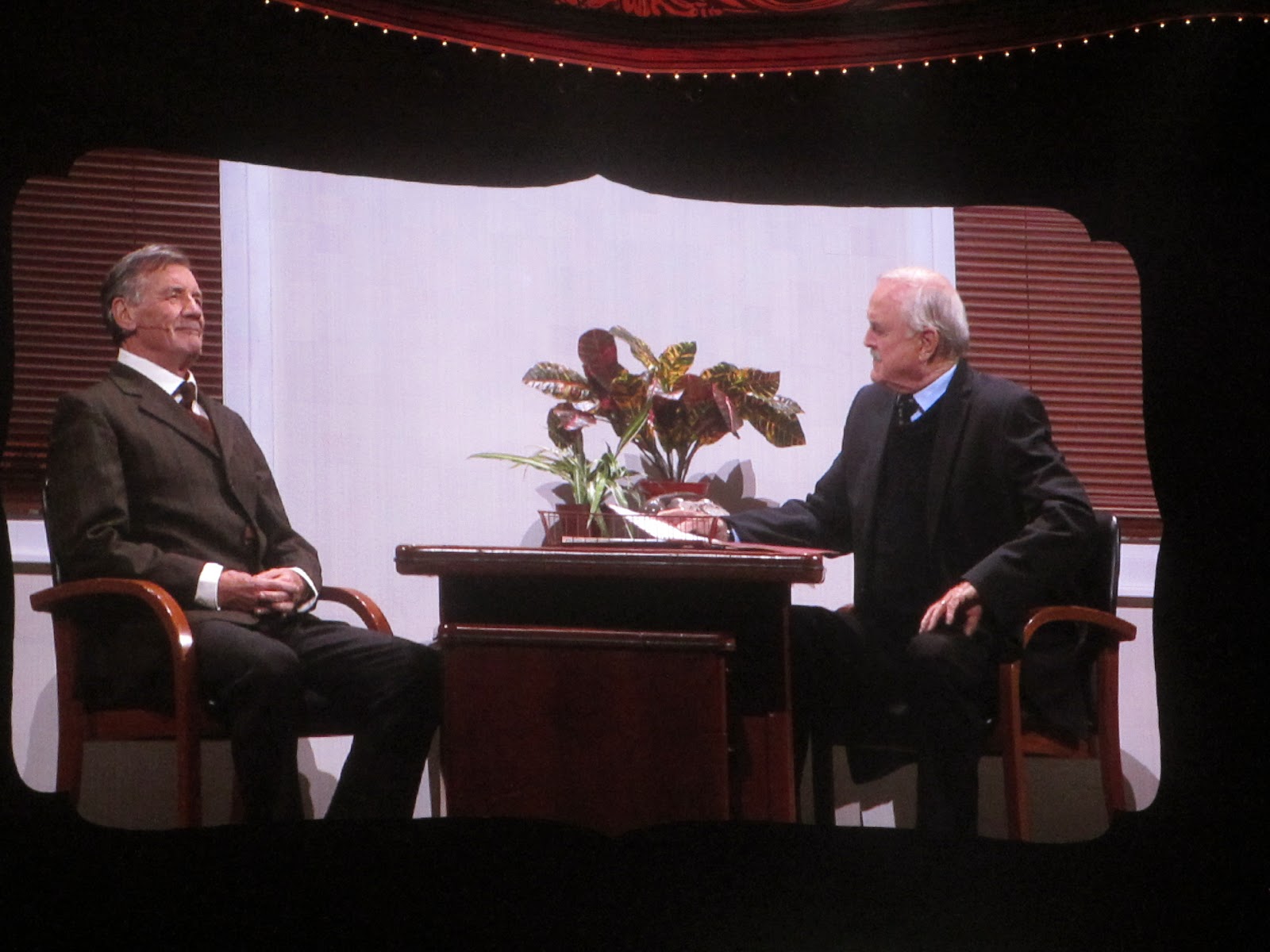 The show, Monty Python Live (Almost), was originally suppose to be just one show, but it sold out in 43.5 seconds.  So they added four more shows and those were sold in three hours.  Finally they settled on doing 10 shows and the last night was July 20th.

The O2 arena where they did the shows holds Approximately 16000.  The tickets in England originally started at 32.50 pounds and went up to 106.75.  By the time my friend Mark, in Nottingham, bought my ticket the cheapest ticket was 45 pounds, and cost 485 pounds for premium seating which included the added opportunity of meeting the five remaining Monty Pythons after the show.  I saw an ad in the states for what were called Premium platinum seats for the show starting at 195 pounds and going up to 2500 pounds.  The exchange rate is about $1.75 for one English pound. So you can do the math. 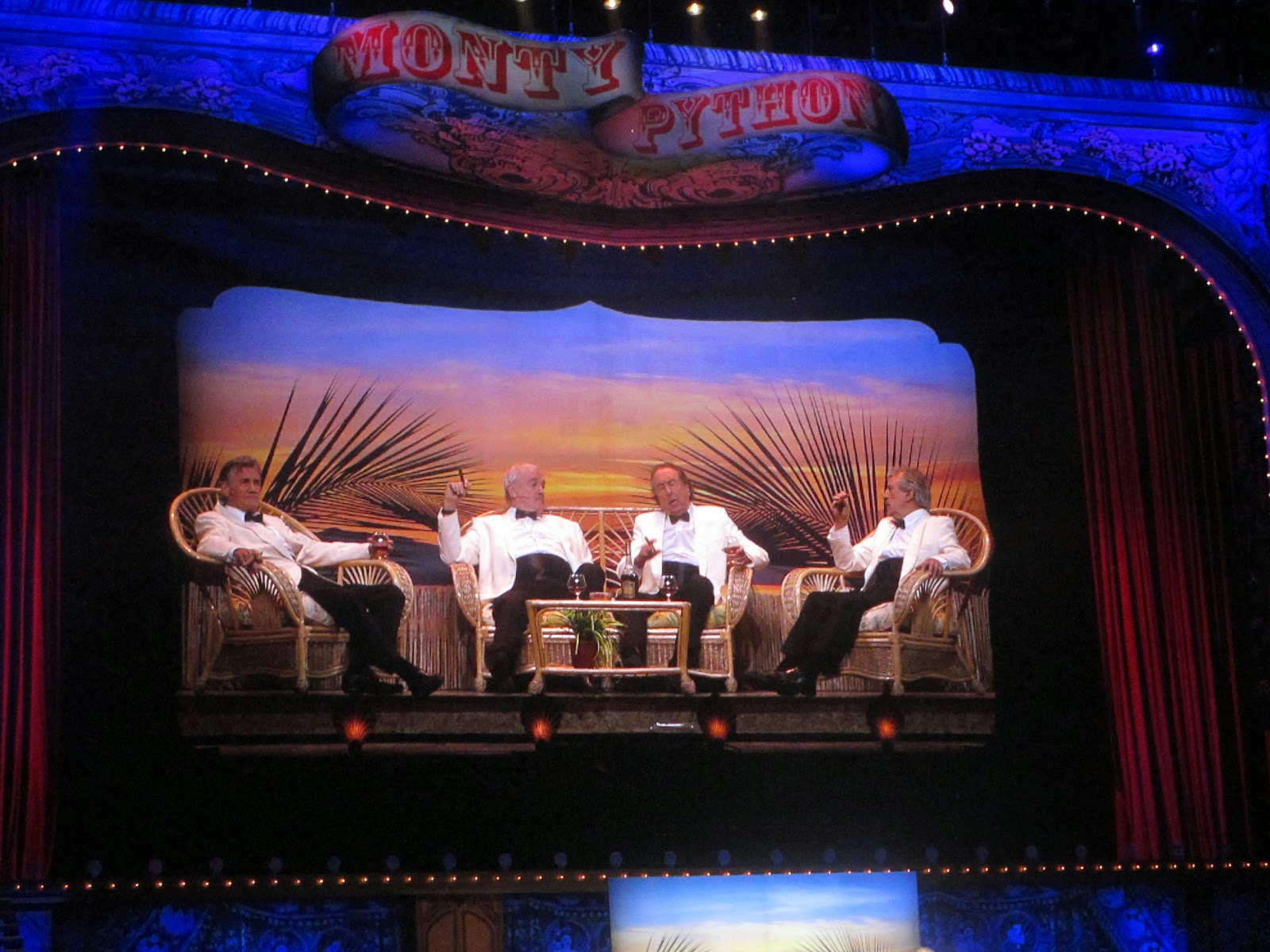 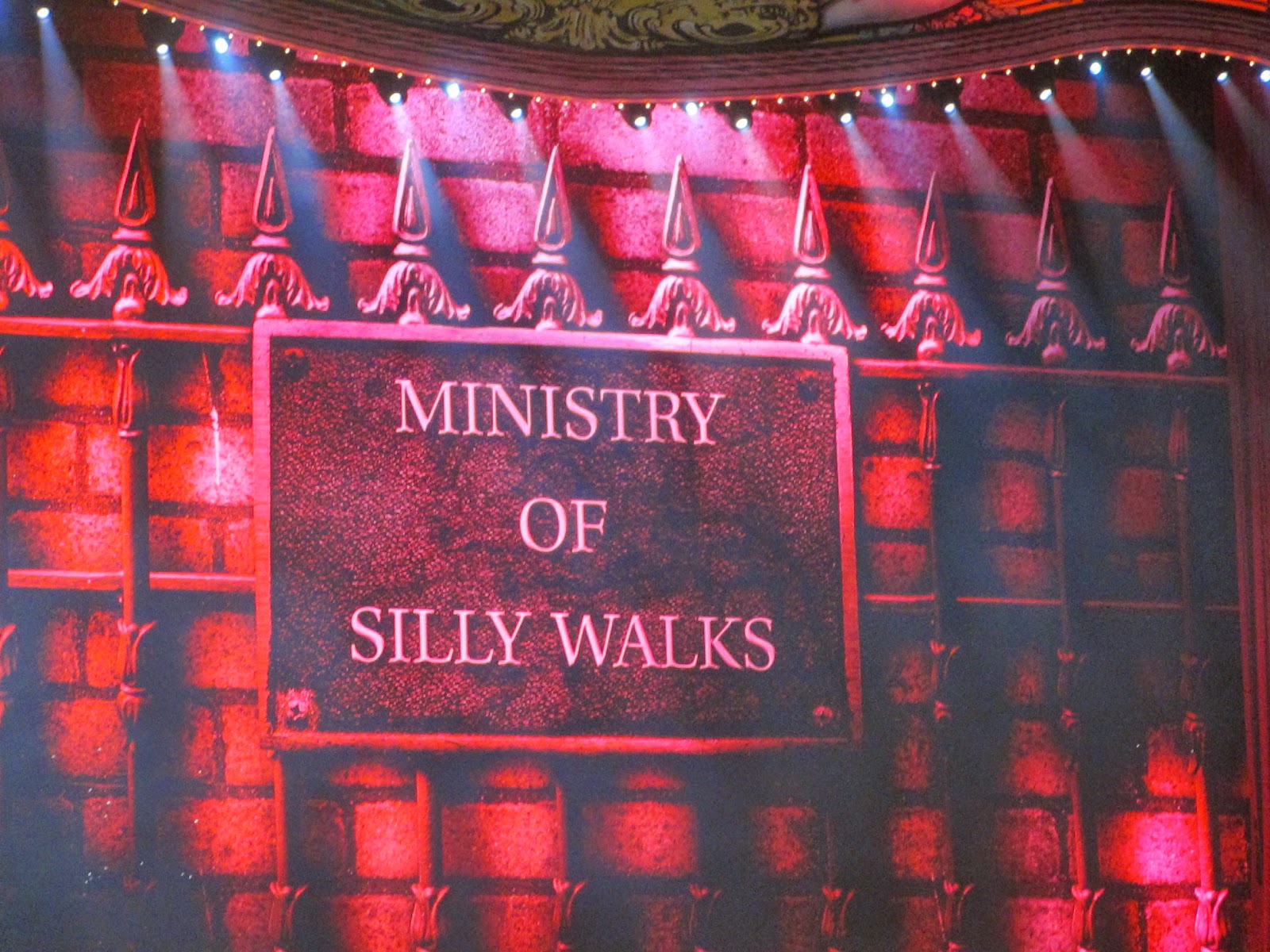 I have heard it cost 4.5 million (pounds/dollars?) to mount the show. My seat, from which I had a great view of the stage and even the faces of the five silly men cost $200 (97t pounds). The man who sat next to me from Florida, USA, bought his ticket in the US and paid $1000 for his seat (He flew in and out of London just for the show).

Was it worth it - corny, outrageous, and maybe a wee wearisome if you’ve watched much of it often before  - but seeing it all again live…  ABSOLUTELY YES!

But don’t fret if you weren’t there, or you missed the live TV showing on July 20th, there will be a dvd.   Just: 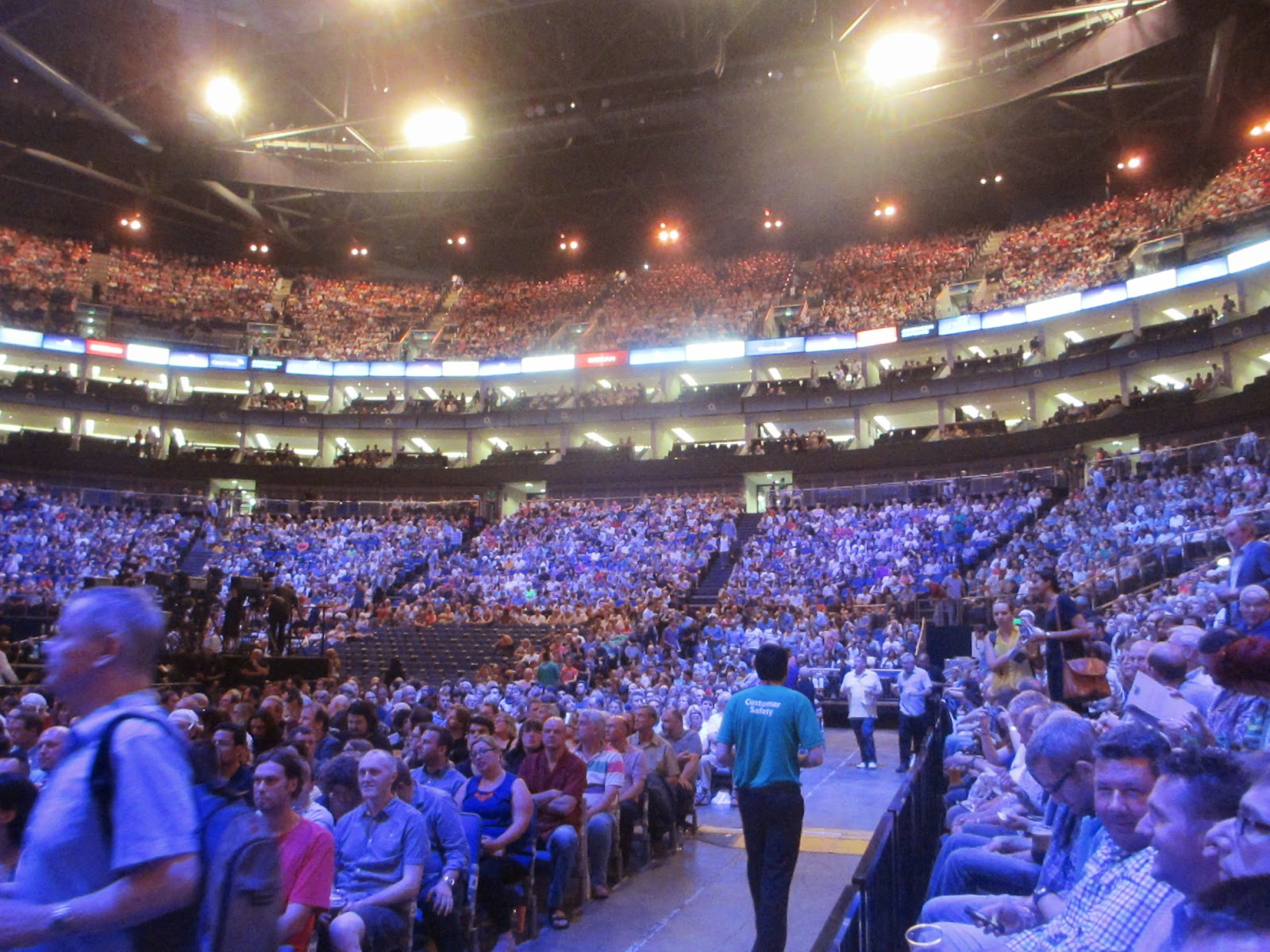 "Always look at the bright side of life."
Posted by THE ETERNAL TRAVELER at 1:18 AM