After the hot days of Delhi, it was time to leave for cooler climes.  It was time for the magic of Srinagar.  Srinagar is in the Kashmiri region.  In 1947, when Britain gave India its independence, one of the decisions made was THE PARTITION.  This was the division of the parts of the far northwestern and far northeastern parts of India to be ‘partitioned off’ into a new country for Moslem Indians named EAST and WEST PAKISTAN.  Eventually East Pakistan separated from its western counterpart and became BANGLADESH.  During the period of the partition in which many Moslems moved north to their new nation and many Hindus moved south to their new India, at least a million of people died/were killed during the migrations.  Although today in Bangladesh the few Hindus who still live there are harassed, it is in Pakistan where the real trouble lays. In separating the country into two, the Indian States of Punjab and Kashmir were both split; part of each went to India part to Pakistan.  Punjab’s state capital, Lahore became part of Pakistan, which meant that Indian Punjab needed a new capital.  Eventually Chandigarh, designed by La Corbusier, the Swiss/French designer, was built as the new Punjabi State capital. Problem solved.  Although Pakistan got beautiful Lahore, they also wanted the rest of the Kashmir particularly Srinagar and the magical Dal Lake area.  There in is the rub.  Even today, Pakistani terrorists still attack Northern Kashmir and so if one wishes to visit, safety even after 68 years can be an Issue.
After reading about India and talking to friends, my traveling companion, Jane, decided Srinagar and Dal Lake was for her, a necessary place to visit during our Himalayan India trip.  I have visited the area twice in the past and have always found it lovely.  Instead of just traveling to the area, I called my friend Nazir, who with his family owns Sunflower Houseboats on Dal Lake and ask him about current safety issues.
“It’s just fine right now,” he informed me,  “and the weather is great.  I’ll call my brother and a two bedroom two bath houseboat will be available to you and your friend as long as you’d like to visit.”  So off we flew.  A car with driver met us at the Airport, and took us to gate 8A on Dal Lake.  There a boat, called a Shikara awaited our luggage, and us, and we were rowed across to the Sunflower Houseboat that was to be our home for the next five days.  Our houseboat had a lovely porch, Living/dining room, a small pantry, two double bedrooms and two full (with tubs) baths.

Although we did take evening walks along the shore, and a day trip around the area to Mughal gardens, and interesting mosques, we spent most of our days cruising about on Dal Lake.

Unfortunately the local museum, which I had found most interesting during my last visit, had been flooded in last fall’s rains, and was closed.  But the Mughal Gardens were worth the visit.


Srinagar’s mosques are also a must see.  There are four major mosques all of which are distinctly different.  Hazatbal Mosque can be seen across the lake, it’s tall white dome shining in the distance.  It has a waterfront location with a grassy tree covered area where many people visit and watch the water traffic as it passes by.  This mosque seems the most conservative of the four and because of a past experience, I ask our driver to accompany Jane and me during our visit.

The Jamia Masjid is beautifully, unique.  In the large entry arcade there are 370 massive wooden pillars, which support the structure, and a wooden ceiling.  Beyond is a restful courtyard leading to separate areas for men and women to pray. Whereas Hazatbal (from what I could see), has a small outside balcony for women prayers, the Jamia has a vast indoor room equal in size for women as the pray room for men.


The Khanqah of Shah Handen is a beautiful 400-year-old wooden mosque, which is not to be missed.  We arrived during what seemed a special prayer time. Outside the mosque was draped with lovely hangings and the whole mosque was alive with local worshipers.  There are papier-mâché designs on the entry ceiling, entry walls, and outside walls.  There are also wooden carvings on the exterior.


Unfortunately, the fourth mosque, the Distgir Sihib Khanqar Sufi mosque, was destroyed by fire in July, 2012 (currently it is being rebuilt).  The last time I stayed in Srinagar, I visited this mosque, the interior of which was a work of art.  The Worshipers were warm and welcoming.  They offered me food and sat down with me for quiet prayer and conversation.   Within walking distance of the Sufi Mosque is a small Christian church, which Jesus supposedly visited and is buried.

Before I went on the day tour this trip, I mentioned to my friend, Nazir that I was looking forward to going again to the Sufi mosque.  His response was that there has been some small altercation(s) in that area and that it was not safe.  When I voiced my desire to see the Sufi Mosque again to our driver, he claimed he did not even know that mosque’s location. 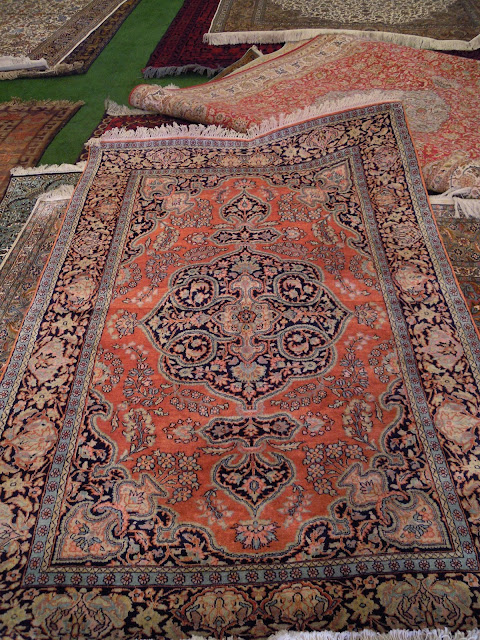 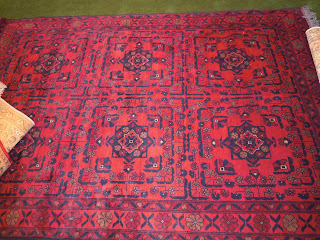 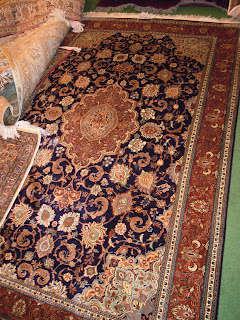 While cruising the lake, we visited a house full of beautiful handmade carpets upstairs, with a down stairs full of exquisitely handmade papier-mâché items. Along the lake’s shore are shops and cottages, and a wealth of interesting wildlife that inhabit the waters of this magical lake.

We also took a brief overnight trip to Pahalgam to see it’s natural wonders: charming mountain villages and valleys, a glacier and snow, which were also being visited by many Indian tourists.  Jane and I had both grown up in northern states in the United States so having been exposed to snow during our childhoods, neither of us had any inclination to wallow in snow.  Jane had seen a glacier in Alaska and I had been on the Franz Joseph Glacier on the South Island of New Zealand, so although it was lovely to see, ‘winter sports’ were definitely out for us.

Upon our return to Srinagar, we cruised another part of the lake and enjoyed its nature.  Then it was sadly time to leave.  Srinagar airport security is extremely tight.  Before one even arrives near the terminal, cars are stopped and travelers must vacate their cars and have their luggage run through x-ray machines.  Immediately upon entering the terminal the airlines have luggage x-ray machines and each individual is searched by airport security.  Any luggage that is not tagged (i.e. hand luggage) is taken to a special counter and hand searched.  Before you board the plane, not only are you searched twice again, one must also individually identify your ‘cargo’ luggage before the airline attendants place it on their planes.

As I have previously said, I am the opposite of Forest Gump, major events always happen before or after my visits, and so it was in the Kashmir.  Two days after we left, two telecom towers were damaged by what the authorities believe were hand grenades, in Jammu, Kashmir's winter capital, as I understand it, there were four political murders, and I read in the newspaper that a hardline Pakistani general stated, “The Kashmiri question is not over.”

SUNFLOWER HOUSE BOATS
Travelers must be careful in choosing a houseboat to stay on in Srinagar.  There are all kinds of cons so check out what Lonely Planet has to say on the topic before choosing one.  The Sunflower Houseboats are boats beautiful and the family who owns them are honest and will make your visit a memorable one.  The food is wonderful and the service excellent.


NOTE FOR BOATERS: These houseboats never move, rather, every two or three years the floor boards are taken up and the esterior bottom is checked from the inside.  If there is any rot, those pieces are removed and   are replaced with fresh ceder boards.

Note:  I am no longer going to stay at the Hotel Cottage Yes Please in Delhi. It has become too tacky, although I may check out their new hotel. Yet, I think Metropolis, here I come.

Posted by THE ETERNAL TRAVELER at 7:08 AM