DORDRECHT
Dordrecht, at the intersection of the rivers, Oude Mass, Noord and Merwede, all favourable trade routes, was given it’s city charter from the Count of Holland in 1220. Thus Dordrecht became the first city of Holland, and a trading centre.  It has no canals but is surrounded and inundated with small harbours and deep inlets that have become boat marinas chock full of boats both power and sail. Therefore, the city grew up around these yacht havens and because of this invasion of boats has expanded into a reasonably large community.


Wandering throughout Dordrecht, I found that it was a mix of very old buildings, as well as renovated and newer construction, which I found a little disconcerting.

I got off the boat and immediately visited the Huis van Gijn Museum, a period house on the Nieuwe harbour maintained in an late 1800s style.  Generally I don’t care for period houses, but It is really the most remarkable house of it’s type, I have ever visited (Sarah you would be ‘period house’ heaven.).

I also visited the Local Dordrecht museum, which kindly gave me free entry because it was so late in the day.  There were many bucolic and pastoral paintings. These paintings from the 1600s on included works by Albert Cuyp, a native son, the painters Julius Israel and Jan Maris both of whom I had heard of or seen their works before.  It also had a wonderful painting of a mother cat and her kits - cats are reputed to be the hardest animals to paint - these were delightfully well done.

After the museums, I wondered the town snapping pictures of interesting buildings and stopping to have an afternoon glass of Prosecco.  I found Dordrecht an interesting city, but unlike the others we visited, a city of beer, not ice-cream.  Fortunately, I was sated with ice cream for dessert at dinner on the Ahoy. 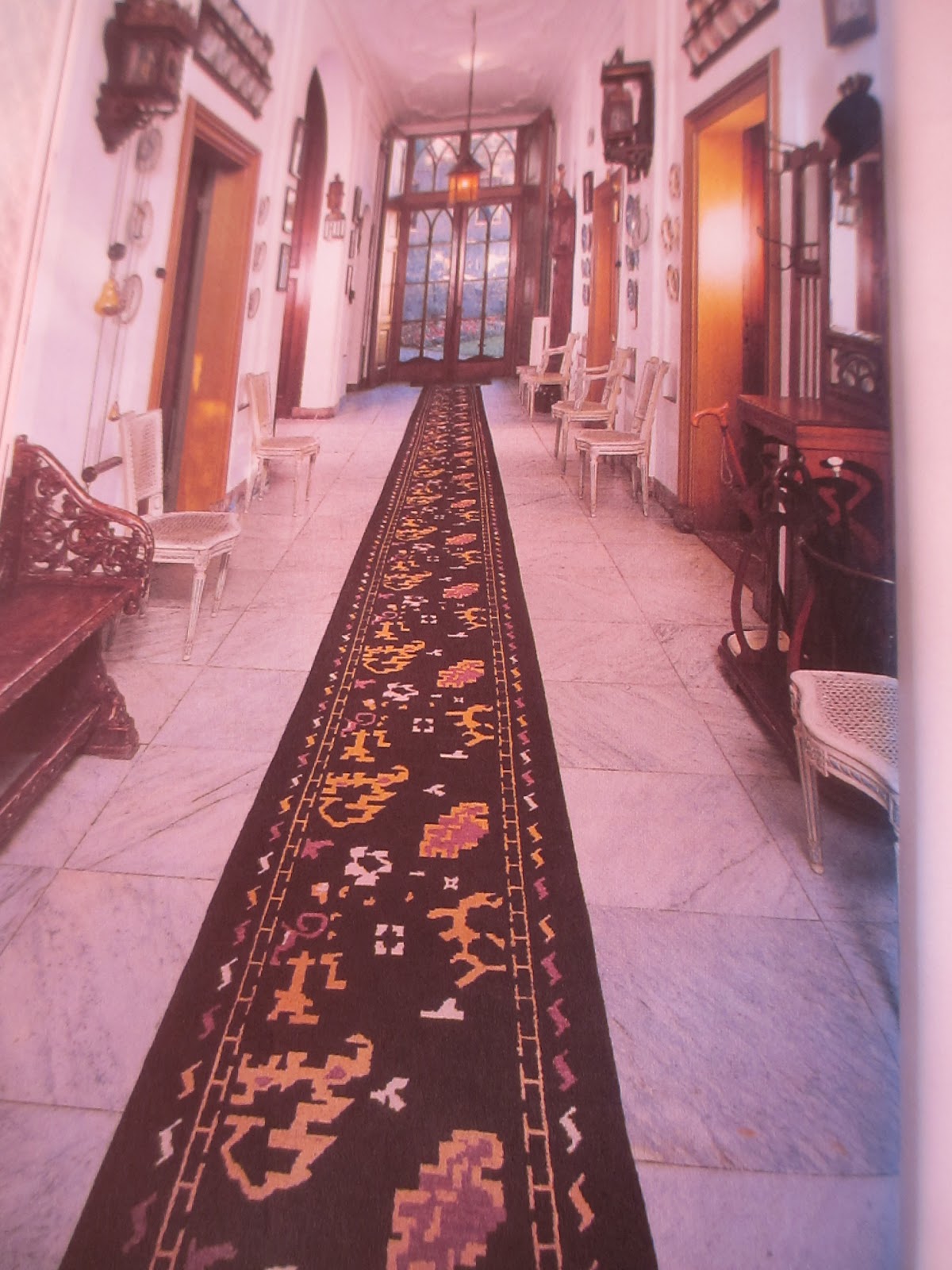 Currently we are cursing on the Moord River on our way
to our last stop Schoonhoven.  The banks are quite industrial along the river, yet occasionally we pass greenery and then a stand of what look to be quite modern expensive houses with modest to large landscaped grounds.

We also pass an area called Kinderdijk, where I thought I counted at least 20 windmills, although I have read there are only 19? - We had to stand on the wooden bench on the back deck and still got what I considered an unsatisfactory view. - “Kinderdijk is situated in a polder… at the confluence of the Lek and Noord rivers. To drain the polder, a system of 19 windmills was built around 1740.” (Wikipedia) To keep the area evenly drained. This group of mills is the largest concentration of old windmills in the Netherlands. The windmills of Kinderdijk are one of the best-known Dutch tourist sites and were designated a UN Heritage site in 1997. The term Children or Kinder-dike: Historically, in 1420, there was a great flood and a cradle was seen floating in the water. A cat was straddling it to keep it steady.  When rescuers reached the cat, they found a baby snug and dry lying inside the cradle.  Thus the old folktale, The Cat and the Cradle  Now two turbines do the windmills’ work. One of my companions explained that at least one of these mills were used to create wind power for mustard factory prior to the industrial revolution.

As we travel the landscape becomes less commercial and more green countryside.  We pass a car ferry going back and forth across the river and soon we enter the Lek River on which Schoonhaven is located.  We are again surrounded by verdant, flat lowland edged with reeds and wild flowers on one side and grazing cows on the other. 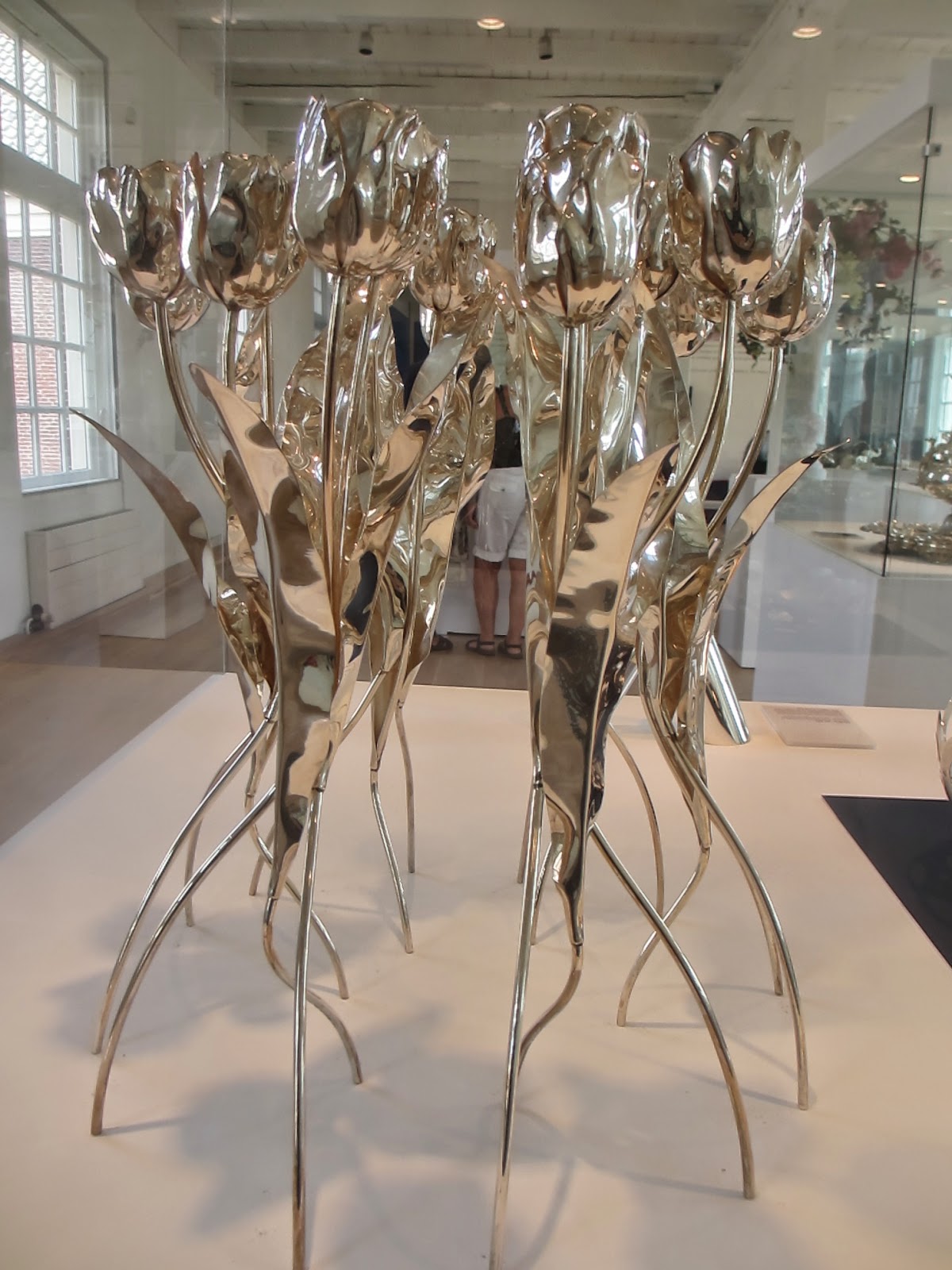 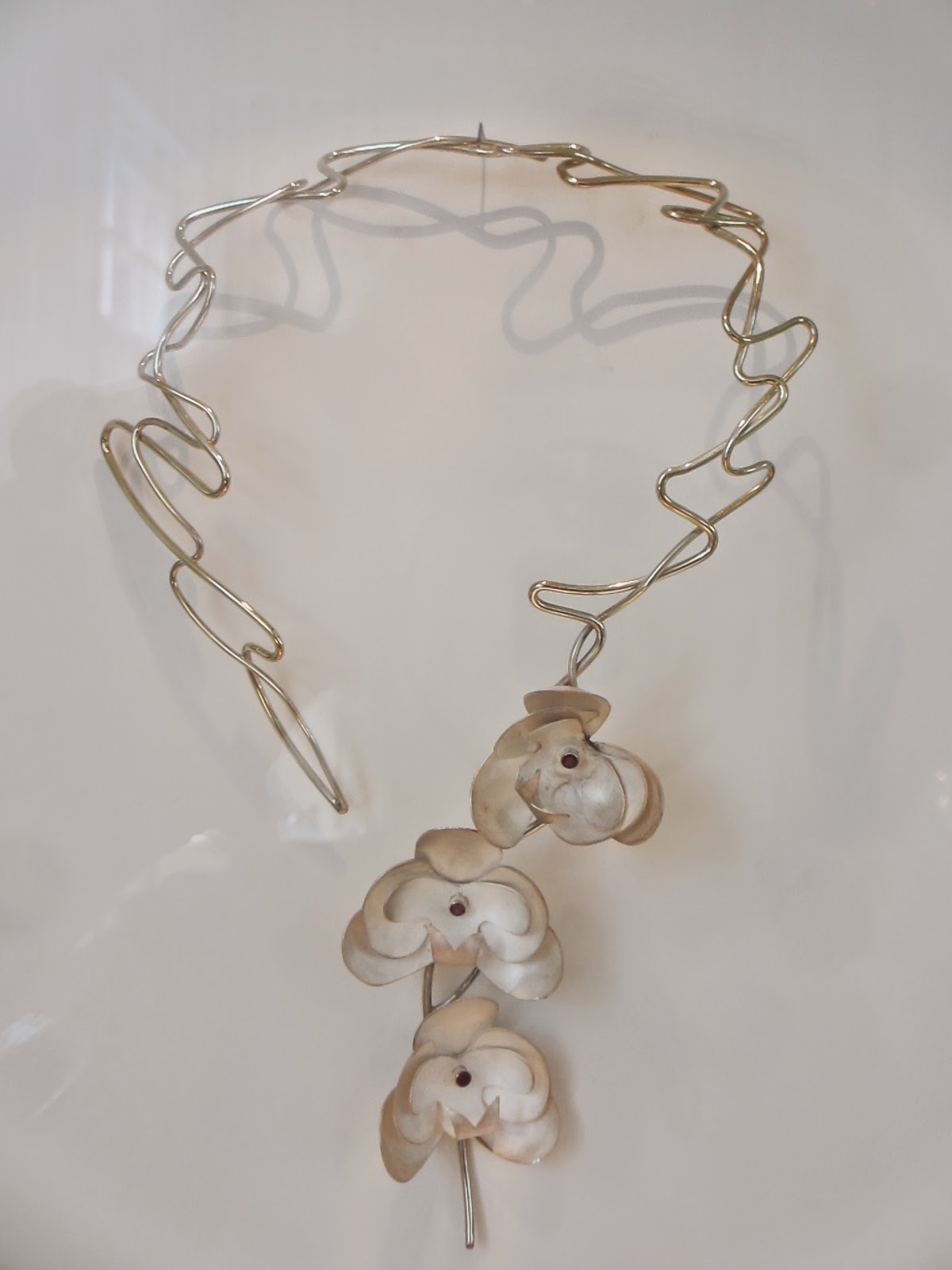 Schoonhaven is the silver capital of the Netherlands. It has a an interesting silver museum, typically dutch buildings and very good ice cream.  It also has a lovely green park full of a multitude of different kinds of ducks.  When they saw me they all came running.  But when they realised I had no treats, they retreated with disappointment written all over their little duck faces.  There was not much else happening in Schoonhaven.  After enjoying it’s main beauties back, I went to the boat.
This was our last port and the next day off I went from Utrecht to Rotterdam, by then with an upper respiratory infection to be kindly taken in by Betsy and Tommaso, and their cat, Tjula, all of whom helped in caring ways to nurse me back to health.  More about Rotterdam in my next post. 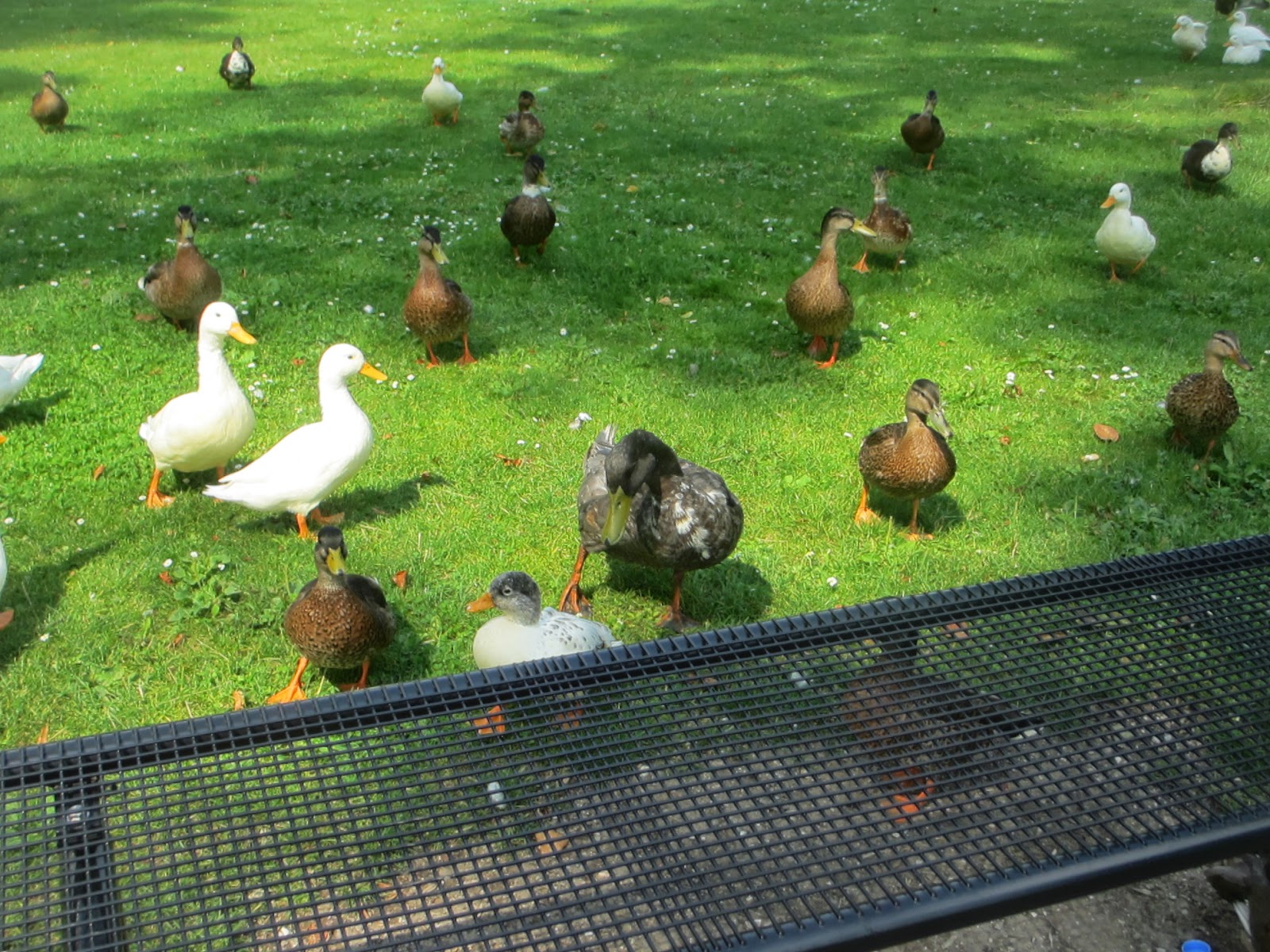 Just a comment about The boat trip and Holland (the Netherlands).

Regarding the boat trip; although it was nice, I think if I were riding a bike and enjoying the countryside, I would have enjoyed it more.  Having lived on a sailboat for many years, I was used to our stopping at a port and leisurely staying until we had seen all of the area that interested us.  Sometimes this was a day or two and sometimes several weeks.  On an organised cruise one can not do that.  Whatever length of time you have in port is all you have or you ‘miss the boat.’ The whole concept of a biking/sailing vacation for bike riders is a wonderful one and I would suggest it to those ‘easy riders’ and families who love bike riding with a passion.  Although the Ahoy is retiring and selling their business, there are also other boats throughout Holland that do this kind of holiday - if you are interested just look on the internet.  The other problem for me was dietary.  I am not a bread/meat eater so breakfast and lunch were challenges. Dinners, even without eating the meat portion were very good and filling.


Now to Holland: In the past, I had only been to Amsterdam, which is a lovely city, but I wanted to get more of a feel of the country.  What I discovered was that Holland is really a country of waterways, rivers, boats and bicycles.  Just as there are roads throughout, on each side going in the same traffic direction, there is always a companion bike path.  In what I saw, the land was mostly lower than the roads, bike paths and canals. Amsterdam is a city built below sea level.  I found the Dutch a hard working, industrious, kind people.  But why wouldn’t they be, always having to keep ahead of the encroaching sea, building great dikes, and waterway projects to constantly protect their people and their country from flooding.  I question their future with the rising tide of global warming.  Yet, after they have survived this long, I guess we wait and see what engineering magic this persevering society comes up with next.

ON TO ROTTERDAM
Posted by THE ETERNAL TRAVELER at 6:54 PM