TO MIDDLEBURG AND ON

TO MIDDLEBURG AND ON
A grey sky settled overhead as we sailed on our way to Middleburg.  Although there is no rain, a brisk wind from the sea on the Keeten Mastgat and the Schelde swirled around us like a tangled cloak.  It stung  my face and blew my hair into my eyes.  Although most of my Dutch companions were dressed in short sleeves or an added light sweater, I wore my silk undershirt, a blouse and a sweatshirt and was still not quite as toasty as I would have liked to have been. 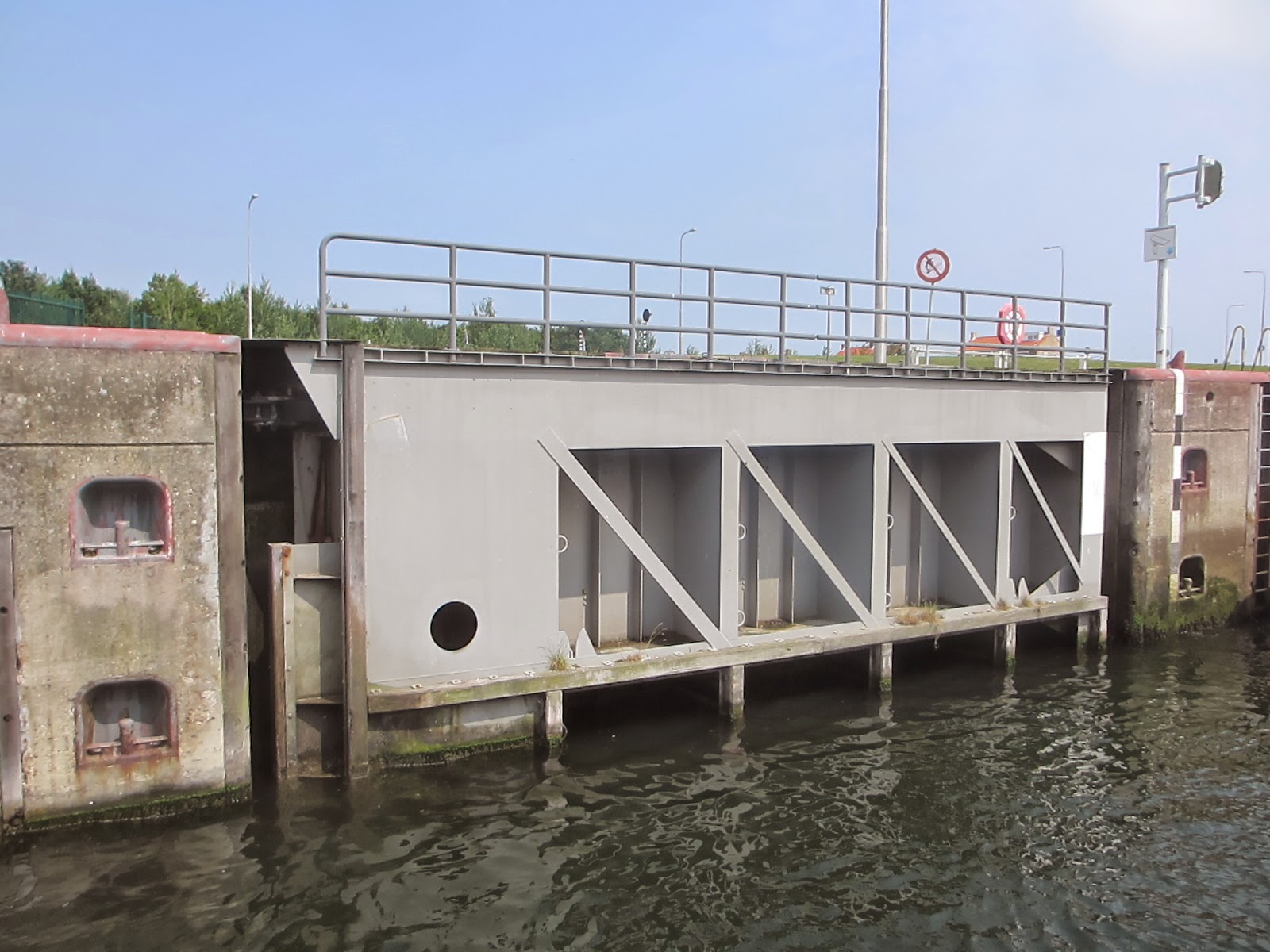 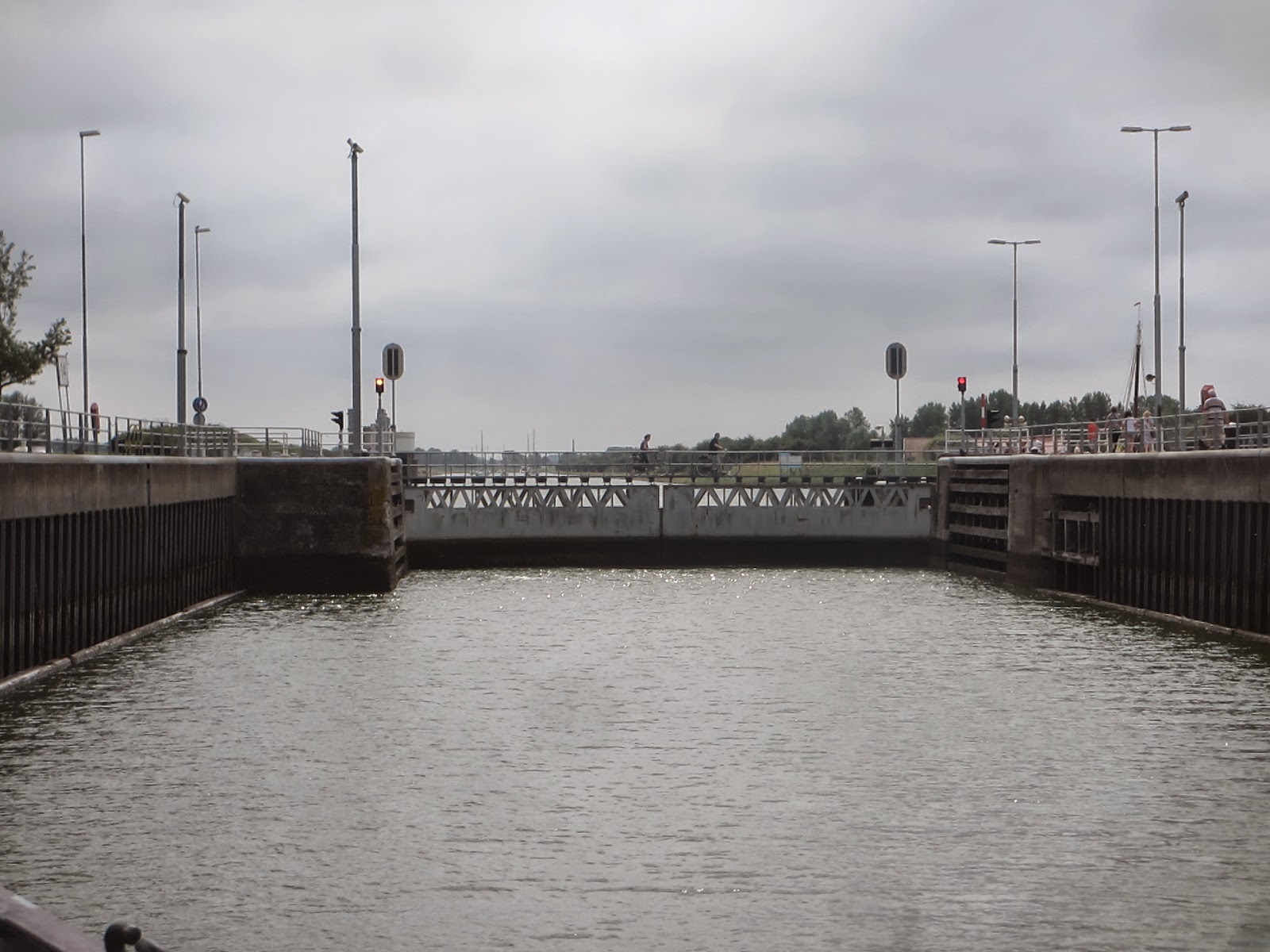 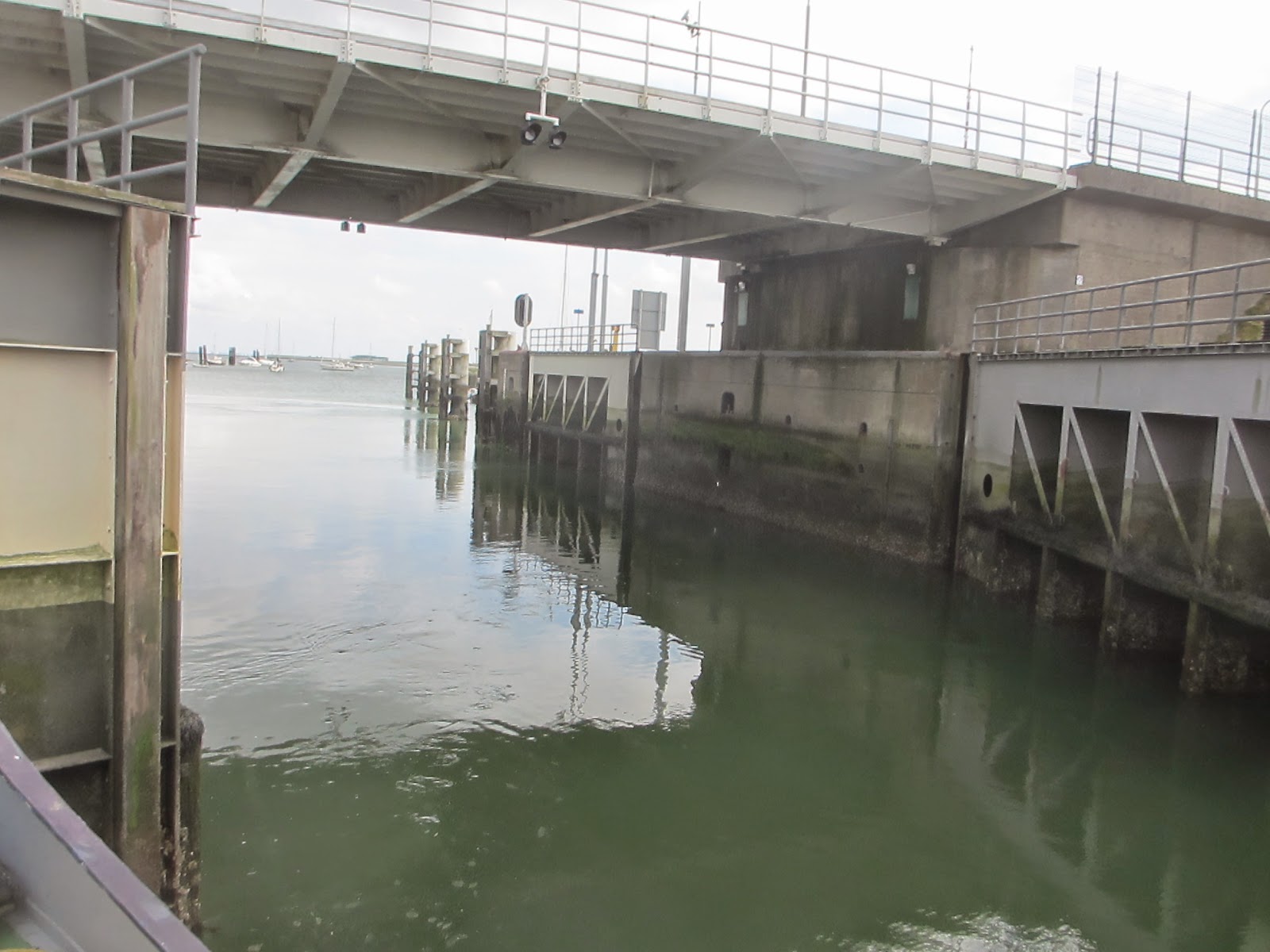 After going through two locks and passing numerous (mostly) sailboat marinas we finally entered a canal.  Here the wind gave way to just a general chill and we soon arrived in Middleburg.  It is a larger town than we had previously visited, situated in the middle of a peninsula that juts into the sea. There are ten states in the Netherlands and Middleburg is the capital of the state of Zeeland. 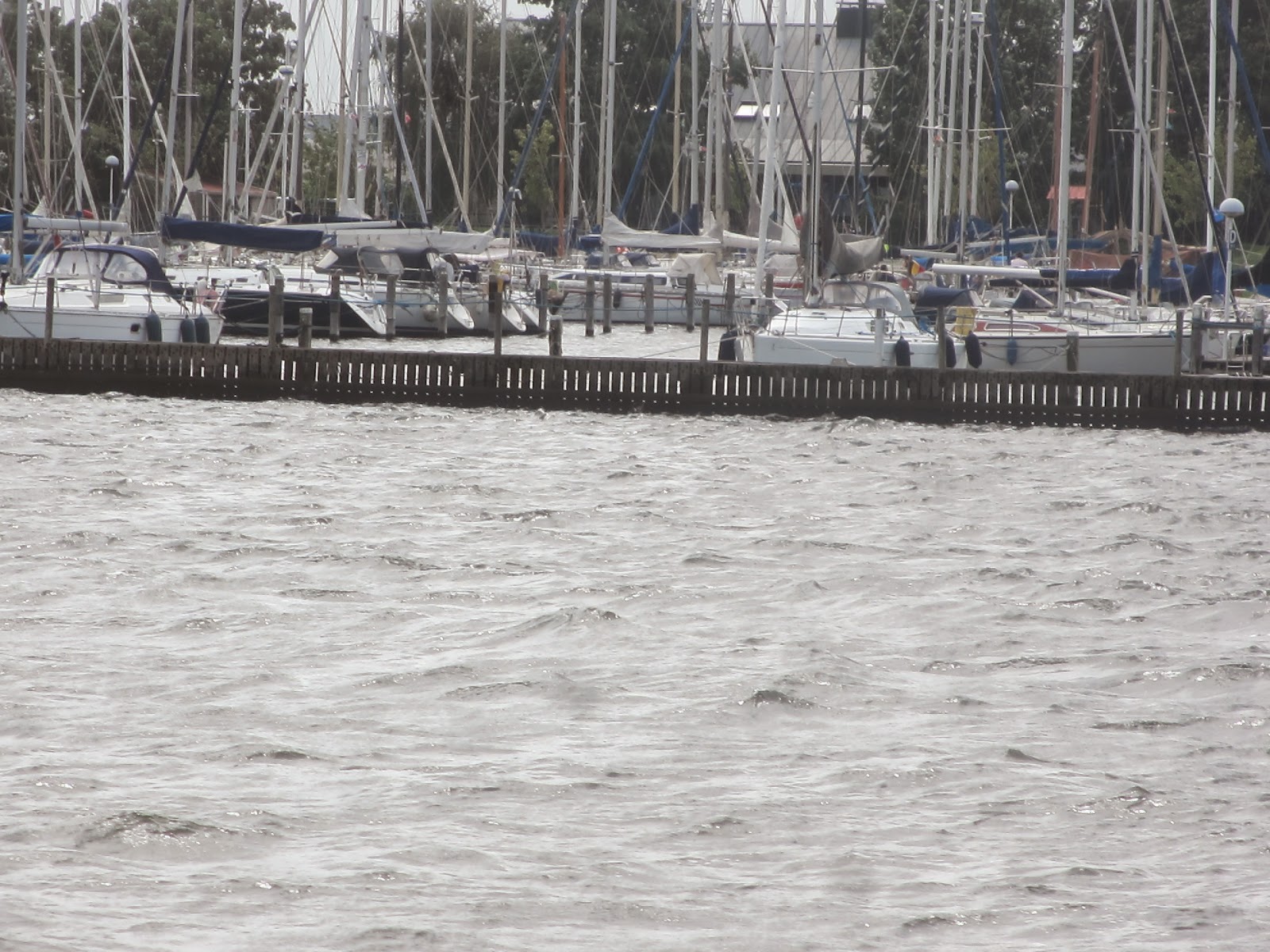 The history is depicted not only in the local museum, but also in the great mansions built from the vast fortunes made during its speckled past, much like our own.  For the ancestors of these homeowners made their great wealth from the triangular slave trade to the Americas during the 16th to18th centuries.

The Middleburg Museum has a presentation of the 80 Years War, with a curious display of world renowned tapestries depicting sea battles of the time.  There is also a video display of local costumes, as well as modern clothing designs,  all of which are enhanced with an additional display of local artifacts. 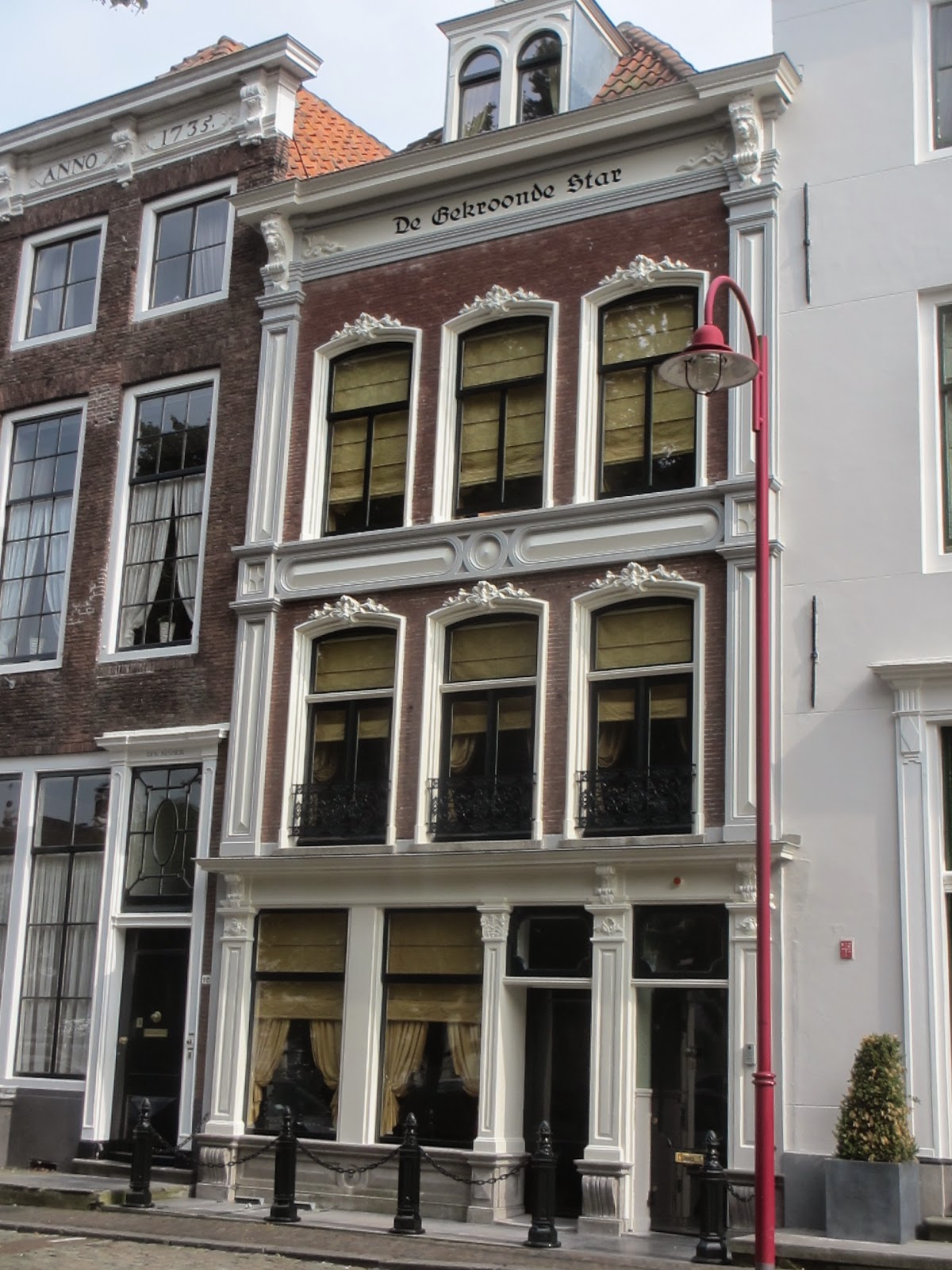 I did not find Middleburg as interesting a town as the last two we visited, but I did get a copy of the English language newspaper, the guardian (The world news is certainly depressing - no matter what your situation, it’s got to be better than much of the worlds’ population).   Also in Middleburg, I ate some very spicy pumpkin soup, which tickled my tastebuds and warmed me up nicely.
ON TO GOES
This morning we are off to Goes (pronounced something like Cush).  We are returning through the canal we traversed yesterday, then going out into the Meer River and on into a canal not shown on the map that goes to Goes.  Although there is no wind, today the weather is cold for me.  But again we have not yet entered the Meer. Once in the Meer, there is wind but unlike yesterday, the sun has come out and we are warmed up nicely.  Some of my travel mates are even in their Bermuda shorts sun bathing on the deck.

A word about dogs: If you have not been to Europe, or have not noticed during your visits to the continent, Europeans take their dogs everywhere - There was even a dog water bowl inside the restaurant where I had my soup. - I often speak to and pet many of the dogs I see.  Young men traveling around Europe with their backpacks often travel with their dog as well.  I also met a man and his wife who were visiting Middleburg from the most eastern part of Germany traveling by car with his ginger coloured Lab.  It seems many people prefer Golden Labradors.  But these dogs, although called ‘golden’, have really lovely white coats and are just as

friendly as their American counterparts.   The Dutch even take their dogs on their boats both sail and power. Dog lovers know that dogs are ‘people animals’ and that their dogs don’t care where they go/are as long as they are with their humans.  I know in my area of Florida we are seeing more and more dogs out and about inside stores,etc. with their owners, but most of these are small dogs, whereas Europeans are mainly traveling around with much larger, big, fluffy dogs, A Note: If you are a reader who is unfamiliar with dealing with strange dogs, To begin, you must first ask the owner if you may pet their dog. If yes, then let the dog sniff your hand before patting and/or scratching him/her behind the ears, etc.

Their is much interesting boat traffic today, besides the standard sailboats seen throughout the area.  There is everything from a commercial dive-work boat, to a small cruise ship named SENIC RUBY, for handicapped passengers.  The SENIC RUBY is just under 50 meters long by about 11 meters wide, and carries as many as 148 handicapped passengers.  Other than the crew, all of the staff are volunteers.  It is supported by the government national health insurance service and private donations. Wow! what a concept.

We are again in the broad river and surrounded by all manner of sailboats, two or three are even sailing ‘wing and wing’ which means they are probably sailing down wind and have a following sea. This sailing atmosphere has made me yearn for another sailboat, but docked in the warmer climes of the Caribbean (How does that sound to you, Jane?).

Note to Readers:  If you are a reader and have never signed up as a ‘follower,’ please do so I know of your interest.  If you have any questions or comments please, I want to hear from you. Thank you.

Posted by THE ETERNAL TRAVELER at 8:02 PM