I arrived by plane in Leh, the capital of Ladakh, on August 8th.  The moonscape, earthy beauty had not changed since my last visit a year and a half ago.  Off I went by taxi to my favourite little Inn, Jigmets Guesthouse & Hotel.
Cosily located less than five minutes from central Leh, or as the locals call it , the market, it’s charmingly quiet garden

lovingly nurtured by Dolma, matriarch of the household was in full bloom. This is my fourth or fifth visit and every time this family has welcomed me with open arms.  Dorje,


the head of the family, met me at the entrance  to the hotel with a white scarf of good wishes for a pleasant stay.  There were hugs all around and the introduction to me of two new baby girls, Diskit, the older is two years and two months old.  And little Amo, who is one year and six months old.  I was ‘home.’

A bit of HISTORY

Located in the northeastern corner of what is now the state of Jammu Kashmir, bordering Tibet, Ladakh was originally a separate Buddhist kingdom under the British rule.  Then in 1947, India gained it’s freedom from the British Empire. This was also the period of the Partition, which divided part of northwestern India into the Dominium of Pakistan (a country for Muslims) from the rest of India. During the division, although inhabited by many Muslims, Jammu Kashmir remained as part of India.  Thus, Jammu Kashmir became an Indian state, and Ladakh became part of this state.  Although Ladakh is now part of India, it still has a king and Queen, whose official home is at Stok, a palace as well as a museum with historic artefacts of the kingdom. 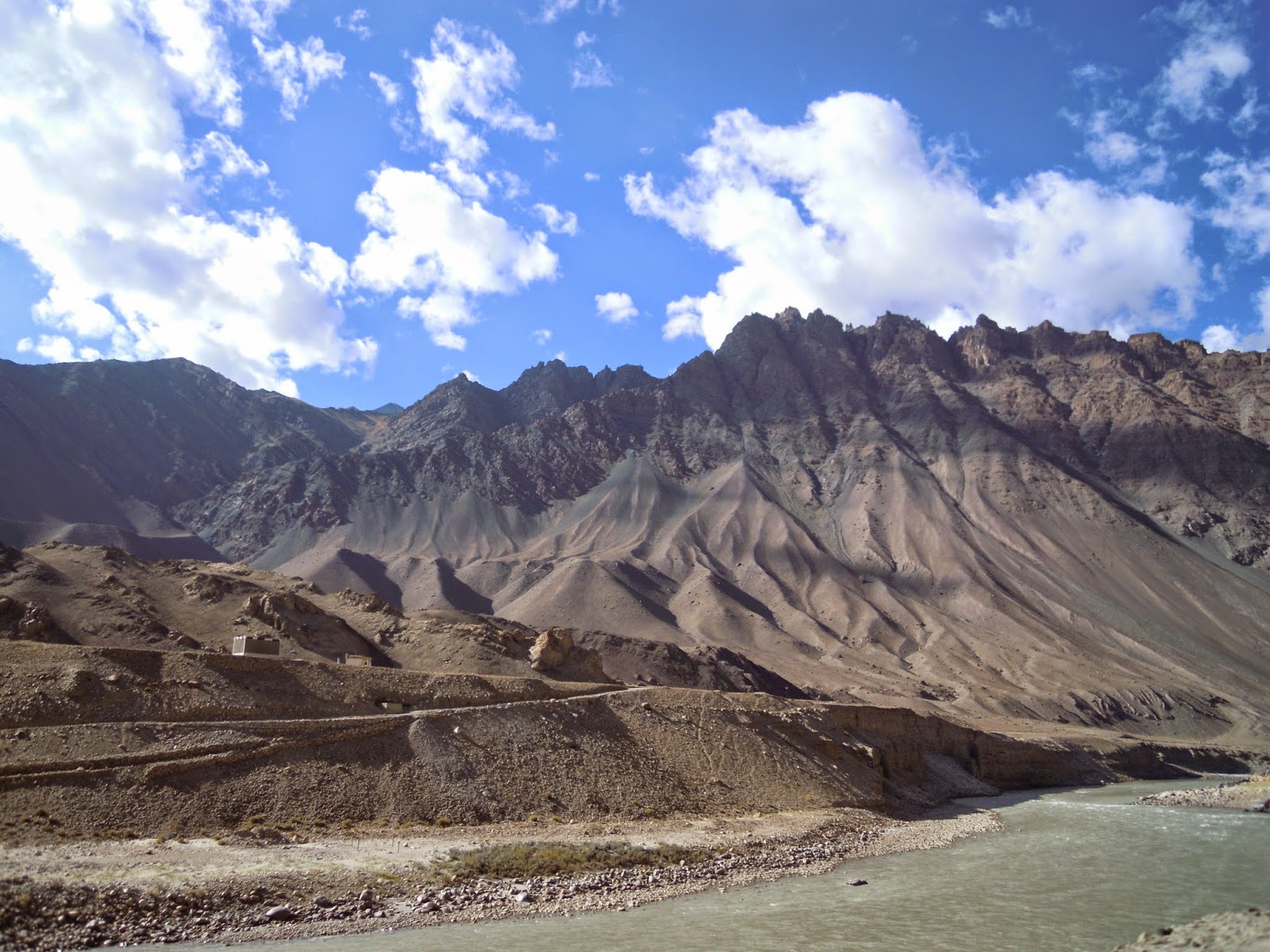 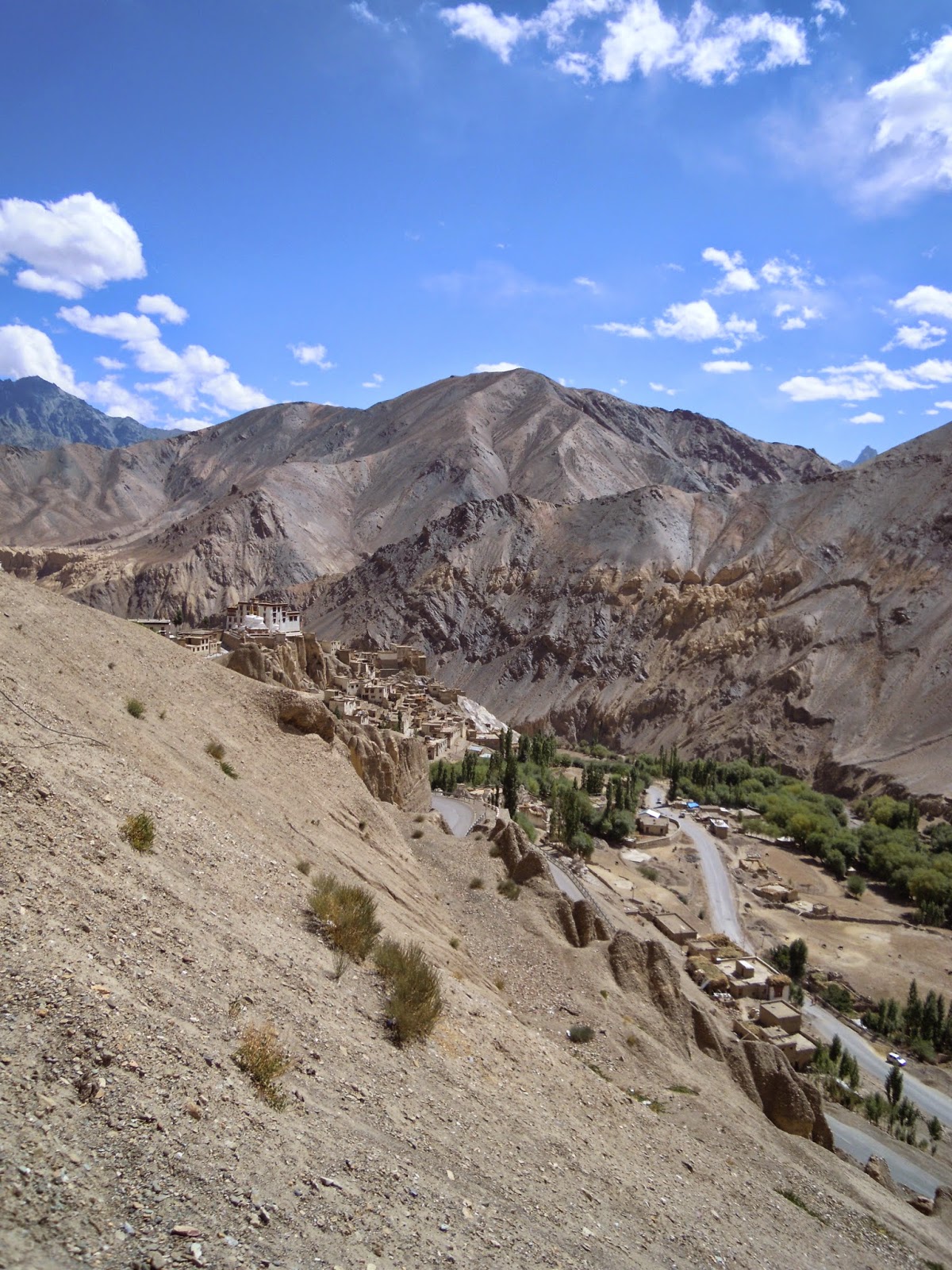 The capital, Leh is about 11555 ft above sea level in the Himalayan Mountains; a remote and beautiful landscape to which avid trekkers descend on every year during its short season.  The summer days from June to end of September are as hot as 30 degrees Celsius (or a very dry 86 degrees fahrenheit), while the nights as one nears the end of September can be as low as 0 degrees celsius(or 32 degrees fahrenheit).

Although Ladakh is larger in area than either of it’s two other counterparts, Jammu or Kashmir, it has a population of only 300,000. Yet most of its vast area is barren land.  Ladakh has two districts, Leh, which is mainly a Buddhist enclave, often referred to as the “Land of magical monasteries,” and Kargil which is predominately Muslim. But because of the birth rate of the local Muslims, in Leh the population is 70% Buddhist and 30% Muslim, whereas in all of Ladakh the population is now 50% Buddhist and 50% Muslim.

Jigmets Guest house & Hotel, where I stay, has 25 light airy rooms with baths, astounding views, and a large dining room, although I and the other hotel guests eat breakfast every morning outside surrounded by Dolma’s flowering garden.  As for dinner there is no menu, rather, unlike most restaurants everything is made fresh. So patrons must order early in the day to assure their specially made dinner. I love it. A group from Austria requested a traditional Ladakhi dinner, so Jigmets opened their private old family kitchen and put on a great Ladakhi spread, while I, with the rest of the family, watched it being served from the attached other more modern family kitchen.
This Friday, some Indian guests requested a concert of  Indian music for dancing, and again Jegmets will accommodate.  Even with a ‘broken wing,’ I am looking forward to this.

next: VIEWS of THE MARKET and What’s HAPPENING HERE!

Posted by THE ETERNAL TRAVELER at 8:02 AM